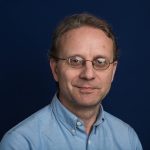 Edoardo Charbon (SM’00 F’17) received the Diploma from ETH Zurich, the M.S. from the University of California at San Diego, and the Ph.D. from the University of California at Berkeley in 1988, 1991, and 1995, respectively, all in electrical engineering and EECS. He has consulted with numerous organizations, including Bosch, X-Fab, Texas Instruments, Maxim, Sony, Agilent, and the Carlyle Group. He was with Cadence Design Systems from 1995 to 2000, where he was the Architect of the company's initiative on information hiding for intellectual property protection. In 2000, he joined Canesta Inc., as the Chief Architect, where he led the development of wireless 3-D CMOS image sensors. Since 2002 he has been a member of the faculty of EPFL, where is a full professor since 2015. From 2008 to 2016 he was with Delft University of Technology’s as Chair of VLSI design. Dr. Charbon has been the driving force behind the creation of deep-submicron CMOS SPAD technology, which is mass-produced since 2015 and is present in telemeters, proximity sensors, and medical diagnostics tools. His interests span from 3-D vision, LiDAR, FLIM, FCS, NIROT to super-resolution microscopy, time-resolved Raman spectroscopy, and cryo-CMOS circuits and systems for quantum computing. He has authored or co-authored over 300 papers and two books, and he holds 21 patents. Dr. Charbon is a distinguished visiting scholar of the W. M. Keck Institute for Space at Caltech, a fellow of the Kavli Institute of Nanoscience Delft, a distinguished lecturer of the IEEE Photonics Society, and a fellow of the IEEE. 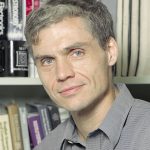 Brian Aull is a technical staff member in the Advanced Imager Technology group at MIT Lincoln Laboratory. He develops image sensors based on integration of silicon Geiger-mode avalanche photodiode arrays to digital CMOS circuits. He led the development of a 3D-integrated lidar image sensor; this was the world's first three-tier 3D-integrated circuit. He is also an instructor at Tufts University, teaching a variety of courses in the Electrical and Computer Engineering Department. Dr. Aull received a BS degree in electrical engineering from Purdue University, and a masters and PhD in electrical engineering from MIT. 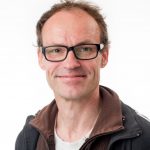 Klaus Suhling develops and uses advanced multidimensional fluorescence imaging techniques such as Fluorescence Lifetime Imaging (FLIM) to understand the properties and interactions of macromolecules in the life sciences. After obtaining his PhD in the field of fluorescence spectroscopy from the University of Strathclyde in Glasgow, Scotland, he held several post-doctoral positions in biology, chemistry and physics departments, mostly at Imperial College London, working on fluorescence microscopy and the development of photon counting techniques. He joined King’s College London in 2003 and was a Lecturer and a Reader before being promoted to Professor of Physics in 2014. He is a member of the Biological Physics & Soft Matter research group. Building up on a strong tradition in Biophysics at King’s, the research in this group employs cutting-edge experimental and computational approaches to tackle the most exciting unresolved scientific challenges in this highly interdisciplinary field. 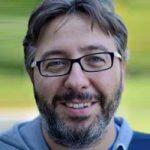 Ivo Pietro Degiovanni is a Senior Researcher at INRIM. Ivo Pietro Degiovanni works on metrology for quantum photonics technology and has coordinated several metrology projects. He developed his scientific competences in the fields of Quantum Metrology, Quantum Information and Quantum Optics. He is a regular contributor to the European Telecommunications Standards Institute (ETSI) Industry Specification Group on QKD. He is a member of the INRIM Board of the Scientific Director. He is the acting as a Chair of the EURAMET European metrology network for quantum technologies. 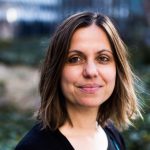 Eleni Diamanti is a CNRS research director at Sorbonne University in Paris, France. She received her Diploma in Electrical and Computer Engineering from the National Technical University of Athens, Greece, in 2000 and her PhD in Electrical Engineering from Stanford University, USA, in 2006. She then worked as a Marie Curie post-doctoral scholar at the Institute of Optics Graduate School in Palaiseau, France, before joining the CNRS in 2009. Her research focuses on experimental quantum cryptography and communication complexity, and on the development of photonic resources for quantum networks. She is a recipient of a European Research Council Starting Grant, vice director of the Paris Centre for Quantum Computing, steering committee member of the French regional and national networks on Quantum Technologies, and elected member of the Board of Stakeholders of the European Public Private Partnership in Photonics. 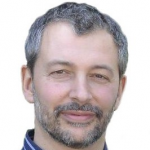 Dr. Marco Lucamarini received his degree and Ph.D. in Physics from the University of Rome “Sapienza”. In 2005, he joined the University of Camerino, where he conducted research on optomechanical devices, quantum coherence and quantum communications. Since 2012, he has been with Toshiba Research Europe in Cambridge, U.K., where he works as senior scientist on the implementation security of QKD. He has published over 100 research papers and patents in the field of quantum protocols and systems with more than 1500 citations.

Jonathan Matthews is a Senior Lecturer in Quantum Technology at QETLabs (University of Bristol) where he leads a quantum enhanced sensing activity. His early research efforts focused on integrated quantum photonics, e.g. silica waveguides to control photonic quantum states for primitive quantum information demonstrators and higher refractive index contrast waveguide arrays for multi-photon quantum walks. His current efforts focus on discrete and continuous variables strategies to perform quantum sensing and imaging, and the development of CV capabilities in silicon photonics. His research is supported by an EPSRC early career fellowship, an ERC starting grant and the Quantic quantum-imaging hub. 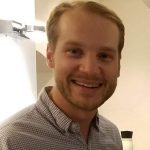 Boris Korzh received a Masters degree in Physics from Imperial College London in 2012 completing the research thesis at the Max Plank institute for the Science of Light in Erlangen, Germany. He received a PhD in Physics from the University of Geneva in 2016, specializing in single photon detection with semiconductor- and superconductor-based devices as well as applications in quantum communication. Since 2017, he has been a postgraduate scholar at the Jet Propulsion Laboratory in Pasadena, California, recently taking up a research staff position. His research has focused on reaching the fundamental limits of performance in superconducting nanowire detectors. 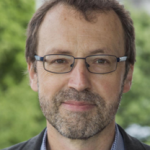 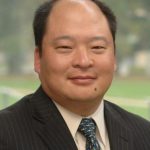 Dr. Sae Woo Nam received his Ph.D. from Stanford in 1998. He went to NIST with an NRC Postdoctoral Fellowship and was hired as part of the technical staff in 2001. While at NIST he has been involved in advancing metrology using superconducting devices. This includes work on voltage standards, temperatures metrology, and optical power metrology. He has also participated in research using superconducting Joesphson Junction for quantum computing. His current research has been more focused on improving the performance of superconducting single photon detectors and embedding them into systems that can be used to attain performance not possible with conventional detectors. 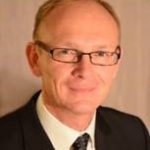 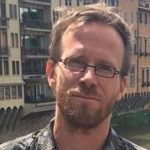 Johan Rothman received is PhD in condensed matter physics from University Joseph Fourier in Grenoble (France) in 1999. Between 1999 and 2001 he studied the magnetization dynamics in nano-magnets as a post–doctoral research fellow at the Cavendish Laboratory, University of Cambridge (UK). In 2001 he joined Corning Inc. (Fontainebleau, France) to work on all optical signal processing devices for fiber optical telecommunications. Since 2003 he is working on the development and optimization of photodiodes for Infrared detection and imaging at CEA/Leti (Grenoble, France), with a strong involvement in the development of HgCdTe APDs for low photon number detection. 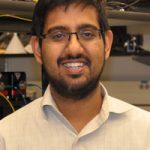 Quantum source and frequency conversion technologies based on integrated nanophotonics

Kartik Srinivasan is a Project Leader in the NIST Physical Measurement Laboratory, and an Adjunct Professor and Fellow of the Joint Quantum Institute at the University of Maryland, College Park. His research is in the field of nanophotonics, with a current focus on topics in photonic quantum information science, nonlinear optics, and metrology. He has been awarded the NIST Sigma Xi Young Scientist Award, the Presidential Early Career Award for Scientists and Engineers, and the US Department of Commerce Bronze Medal. He is a Fellow of the OSA.

National Institute of Standards and Technology and Joint Quantum Institute, NIST/University of Maryland 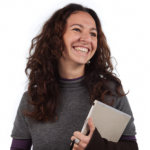 COSTANZA TONINELLI (female, 30.09.1979) is a Researcher at INO-CNR and a group leader at LENS since 2012. She studies enhancement and control of light-matter interaction through the coupling of single quantum emitters to photonic structures. Her interests focus on single molecules, able to deliver one photon at a time, with different optical properties at low and at room temperatures. In the European project she coordinates within the framework of the Quantum Technology Flagship, this system is used as quantum sensor and as a source of non-classical states of light. Among the other topics she likes to deal with, there is light transport in complex systems and fluorescence-based sensors. 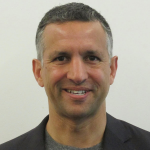 Simon Verghese leads the lidar team at Waymo, a self-driving technology company with a mission to make it safe and easy for people and things to move around. Before Waymo, he worked for 18 years at Lincoln Laboratory in technical and leadership roles on teams developing interplanetary laser communications, airborne laser radars, and other government programs. He holds MS and PhD degrees in physics from the University of California, Berkeley. 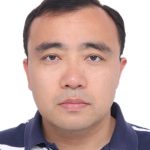 Qiang Zhang, Professor of Physics in University of Science and Technology of China (USTC). Qiang got his Ph. D. degree in USTC in 2001. Then he spent about five year in Stanford University as a postdoc fellow. In 2011, he came back to USTC as a professor. Dr. Zhang has primarily worked on experimental quantum physics and quantum information. He has published 78 articles in peer-reviewed journals, including 3 in Nature, 8 in Nature sub-journals, and 22 in PRL(X). He has delivered 25 invited talks in international conferences.